Melbourne’s first commercial car park, designed by Marcus Barlow and constructed in 1938, was added to the Victoria Heritage Register in 2002 after a lengthy battle with its owners, the Scots Church Properties Trust.

In February, the owners applied for a permit to demolish the building. Their application was rejected by Heritage Victoria and the owners have lodged an appeal against the decision, to be heard in August. ADS and the National Trust will strenuously oppose the arguments for demolition put forward by the owners. The site is an important commercial building designed by one of our best architects. It also represents a link to the motoring heritage of Australia and is a rare building of its type remaining in Australia from the interwar era.

It must be preserved. 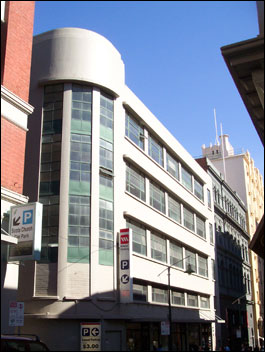